Some years ago Texas enacted fairly significant “tort reform” and the results of changes in the law are mixed and somewhat surprising.

One of the centerpieces of the tort reform law was how the innocent victim is compensated for their medical expenses as a result of the negligence of another. The “paid or incurred” provisions were intended to prevent a claimant from obtaining medical expenses that he or she did not have to actually pay. 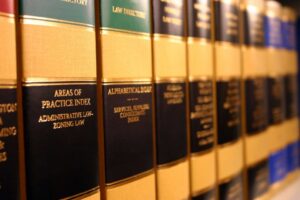 Unfortunately, the paid or incurred provisions of Texas tort reform have the unintended consequences of penalizing the responsible Texas family in favor of the negligent party.

A person who does not maintain health insurance is treated much more favorably under Texas tort reform than a family member who has taken the responsible approach and carries health insurance.

In other words, if you are in an accident in Texas and you have health insurance you’ll be treated less fairly than if you didn’t. Worse, you are not compensated for your responsibility and cannot collect any part of the premiums paid for your health insurance from the negligent party.

After being seriously injured through the negligence of another, many Texas families then find themselves with “preexisting conditions” which now dictates higher and higher health insurance premiums, for which they cannot be compensated under Texas tort reform.

This makes the cost to the Texas family who has had a family member injured significantly more expensive than under prior interpretations of the law.

Another interesting development from the tort reform implemented in Texas is that auto insurance rates have continued to rise at record paces despite the significant decline in actual claims paid.

Finally, Texas tort reform has also had the unintended effect of requiring many policyholders to go through the litigation process as a defendant because their insurer refused to settle a clear liability legitimate claim.

Texas has repeatedly declined to regulate claims handling practices by insurers in any meaningful way and it has had a negative impact on both victims and the policyholders.

In effect, Texas families did not benefit from reduced premiums they were promised but the insurance companies have posted record profits every year since tort reform was implemented.

Many other states require an insurer doing business within the state to pay out a specified level of premiums collected within the state for actual claims. This approach has proven to reduce premiums to families for automobile insurance and other types of insurance. In effect, limiting the profit of an insurance carrier to a reasonable level serves both the community and the policyholders.

It is hoped that Texas will adopt such a reasonable approach and require insurance companies reaping profits in the state to pay out a minimum percentage of the premium collected to actual claims. To do otherwise has served to make Texas families nothing but a honey hole for insurance companies.

With tort reform, Texas families were promised that their insurance premiums would decline and that claim has thus far proven to be mostly inaccurate.